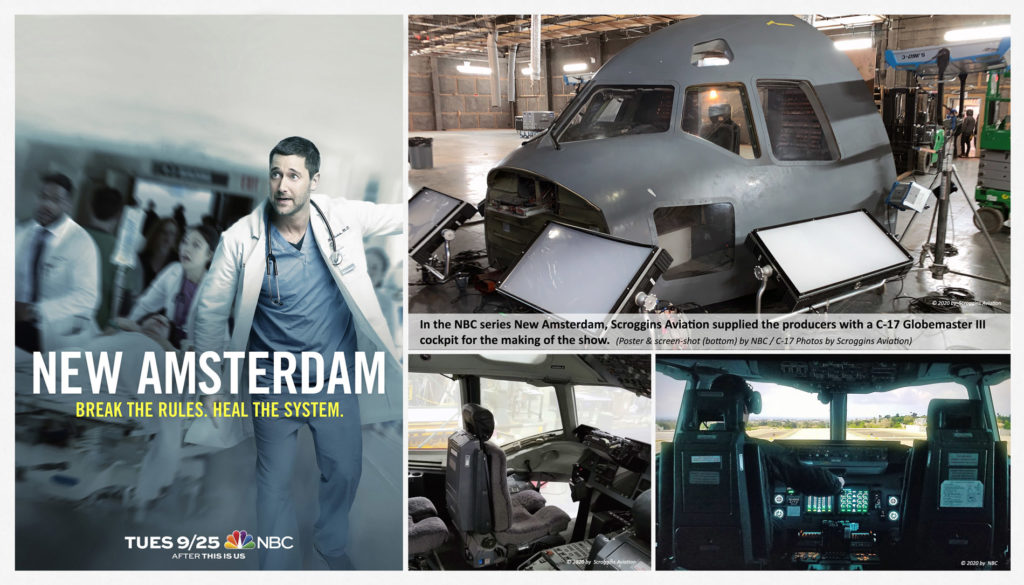 In the NBC television series New Amsterdam.  Scroggins Aviation supplied the C-17 Globemaster III (46612) cockpit for Season 2 Episode 17. It is shown here on stage during the making of the show. New Amsterdam, Se2. Ep17., was released on March 17, 2020 Poster & screenshot (bottom right) by NBC / C-17 photos by Scroggins … Continued 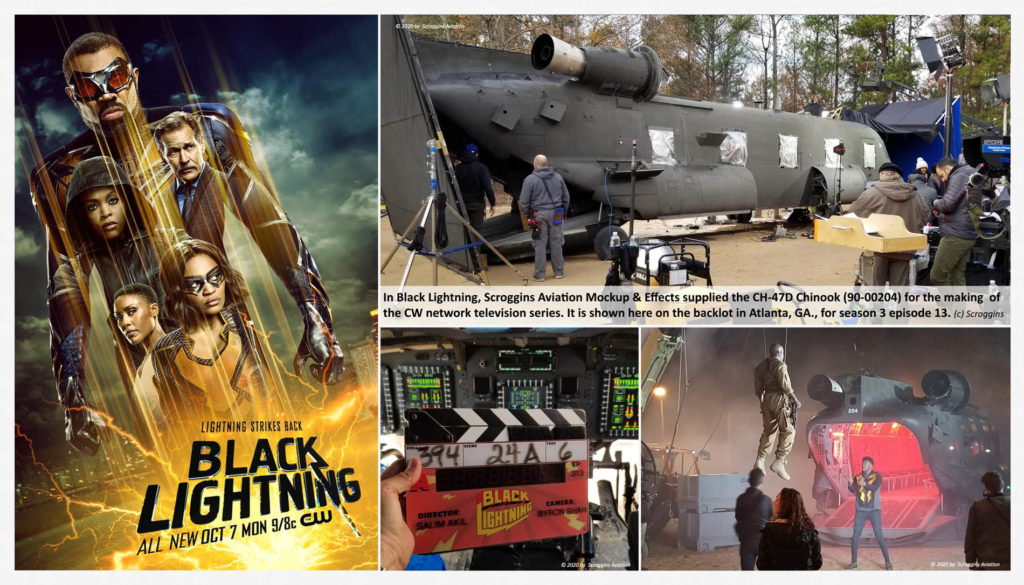 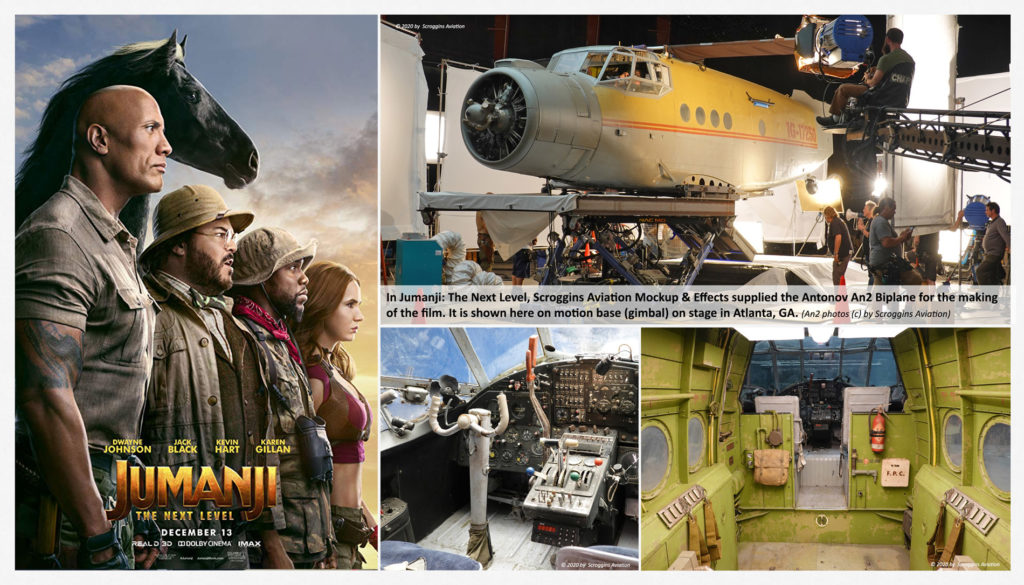 Our crew at Scroggins Aviation would like to thank the producers for giving us the opportunity to work on Jumanji: The Next Level and for supplying them with our Russian made Antonov An-2 biplane for the making of the film.   Scroggins was contracted by the producers to supply the An2 and make several changes … Continued 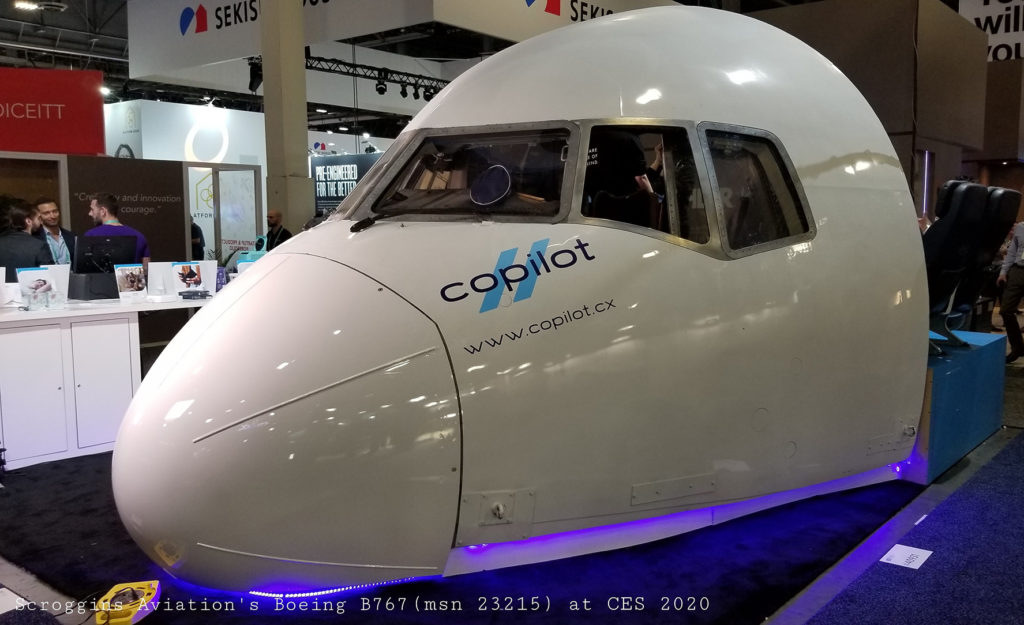 Scroggins Aviation’s Boeing B-767 (msn 23215) is shown here at the 2020 Consumer Electronics Show (CES) convention at the Copilot display. Our team at Scroggins Aviation was happy to provide our cockpit for Copilot and look forward to next year. 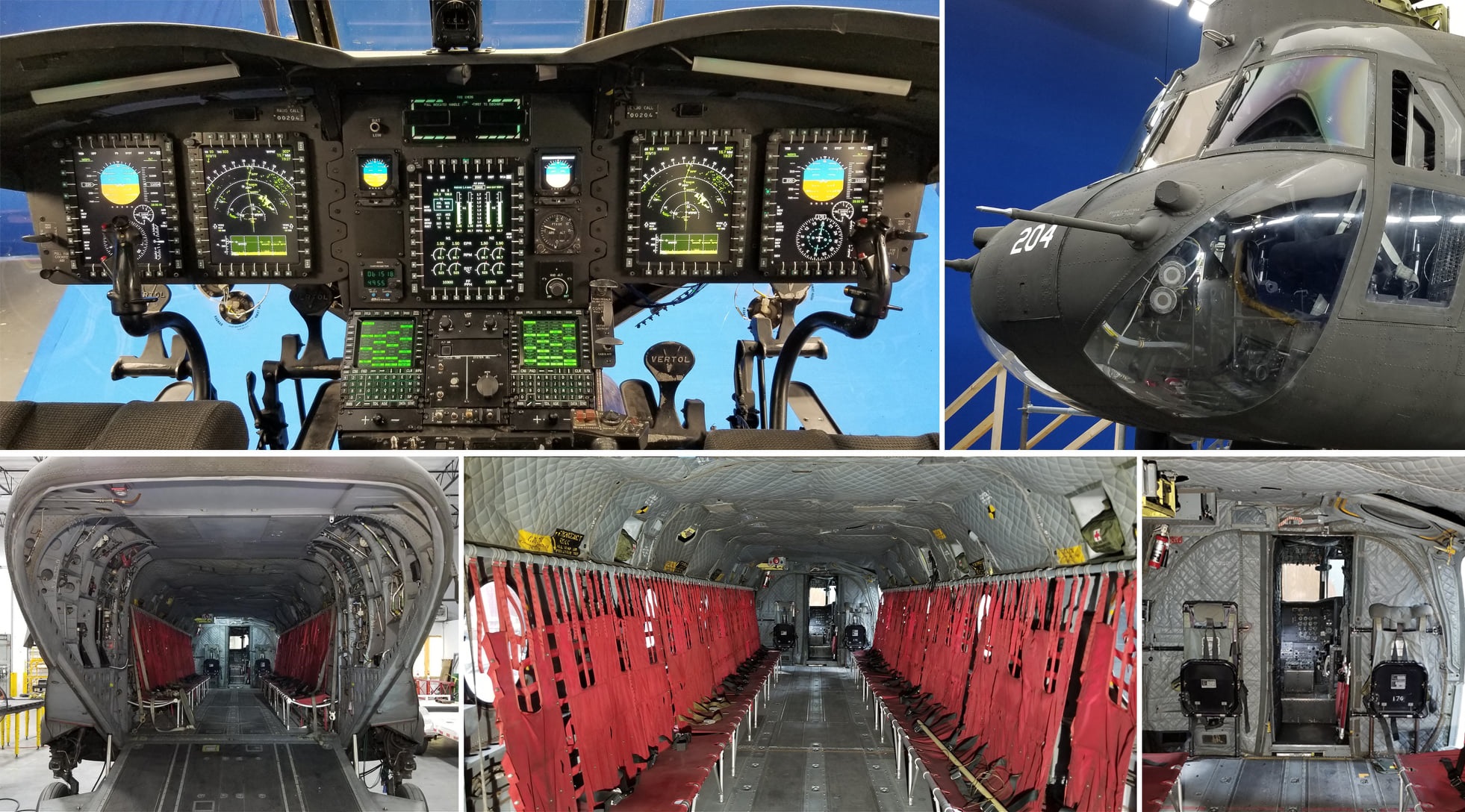 The first film production CH-47 Chinook with the latest digital glass cockpit is available to the studios! Our Chinook was upgraded with the newest CH47 ”F” model series cockpit display screens, which is the same type currently installed in the U.S. Army helicopter fleet. Scroggins Aviation’s CH47 Chinook (90-00204) is shown here with its newest … Continued