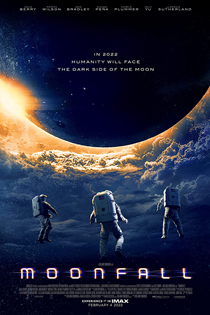 Moonfall: A mysterious force knocks the moon from its orbit around Earth and sends it hurtling on a collision course with life as we know it.

IMAGES OF THE HELICOPTERS:

CH-47 Chinook used in the film

UH-60 Black Hawk in the film