In the feature FLIGHT starring Denzel Washington. Scroggins Aviation was contracted by Paramount to supply two MD-80 series airliners for the film.  MD-82, N442AA was choice for the crash scene. However, the cockpit from MD-88, N901DL had to be used to replace the damaged one from N442AA.  MD-82, N16807 upper forward fuselage was chosen for all the key interior cockpit and cabin scenes. 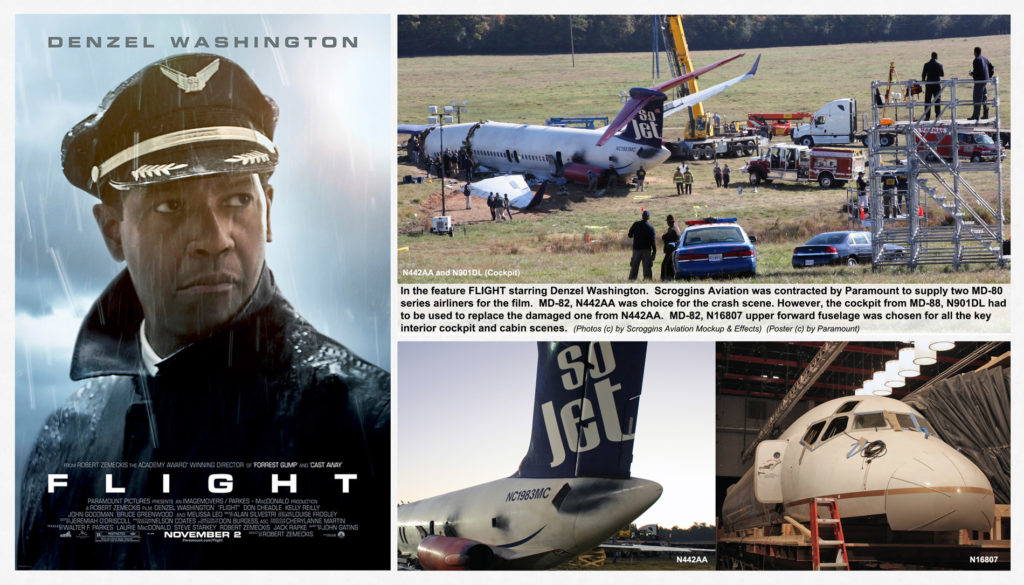