Our crew at Scroggins Aviation Mockup & Effects would like to thank the producers for giving us the opportunity to work on Agents of S.H.I.E.L.D. for two seasons (1 and 2).

Scroggins Aviation built and supplied the Cockpit known as the “Bus” featured in the ABC television series.

The “Bus” aircraft identification CXD-23 (CXD-23215), is in fact a retired Boeing 767, serial number 23215 cockpit section that Scroggins had in its inventory and supplied to the producers of the show. For you trivia buffs, the serial number 23215, used for CXD-23, was added by Doug Scroggins with the assistance of the production’s art department. This number can be found on the main Instrument Panel of the Bus cockpit and behind Agent Coulson’s desk in a framed Data Sheet Drawing of the Bus.  The Bus ended its life when it was shot down in season 2 episode 19 “The Dirty Half Dozen“.

Scroggins supplied parts for the new cockpit mockup shown in seasons 3 and 4.

Visit ABC for more on Agents of S.H.I.E.L.D.

More on the Bus can be found on Agents of Shield Wiki. 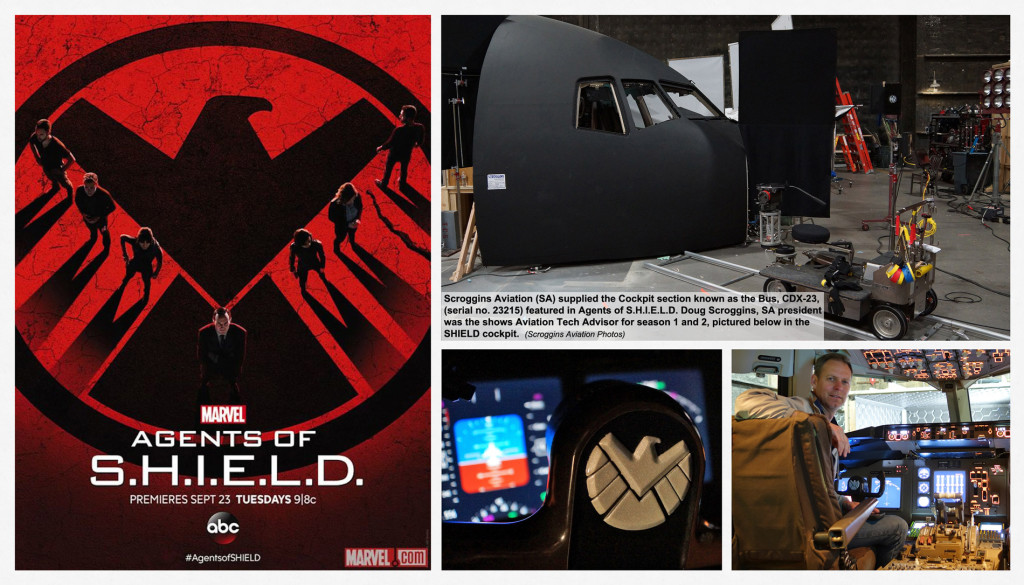