Our crew at Scroggins would like to thank the producers for giving us the opportunity to work on Captain America: Civil War.

Scroggins Aviation built Marvel Studios the Blue Police Astar AS350 helicopter and provided an Aviation Tech Advisor in the film. 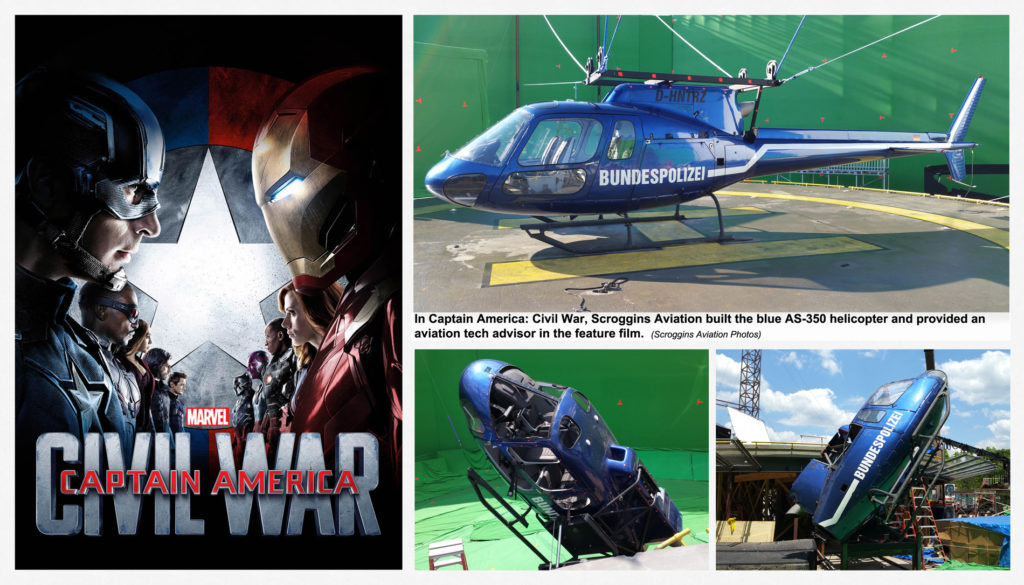