In ABCs network television series Pan Am, Scroggins Aviation built the Boeing 707 cockpit and added a unique feature with a removable nose section which allowed cameras access to film the cast.

Scroggins also supplied many of the cabin items such as galleys, seats, main entry door and panels featured in the show. 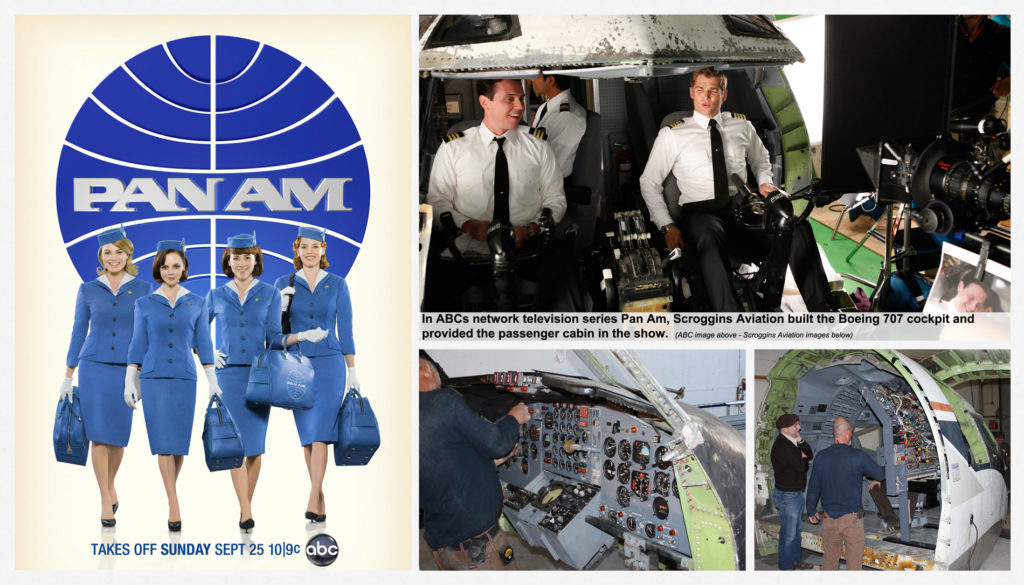