In Triple Frontier, Scroggins Aviation Mockup & Effects supplied the Russian-made Mi-8 helicopter for the film.  It is shown here on stage placed on a motion base rig (gimbal).

Scroggins made many modifications and fabrication work to the aircraft, including changing the square passenger windows to be round, and also adding a belly door hatch and crew seats.  Scroggins also rebuilt the cockpit and gauges to work on command. 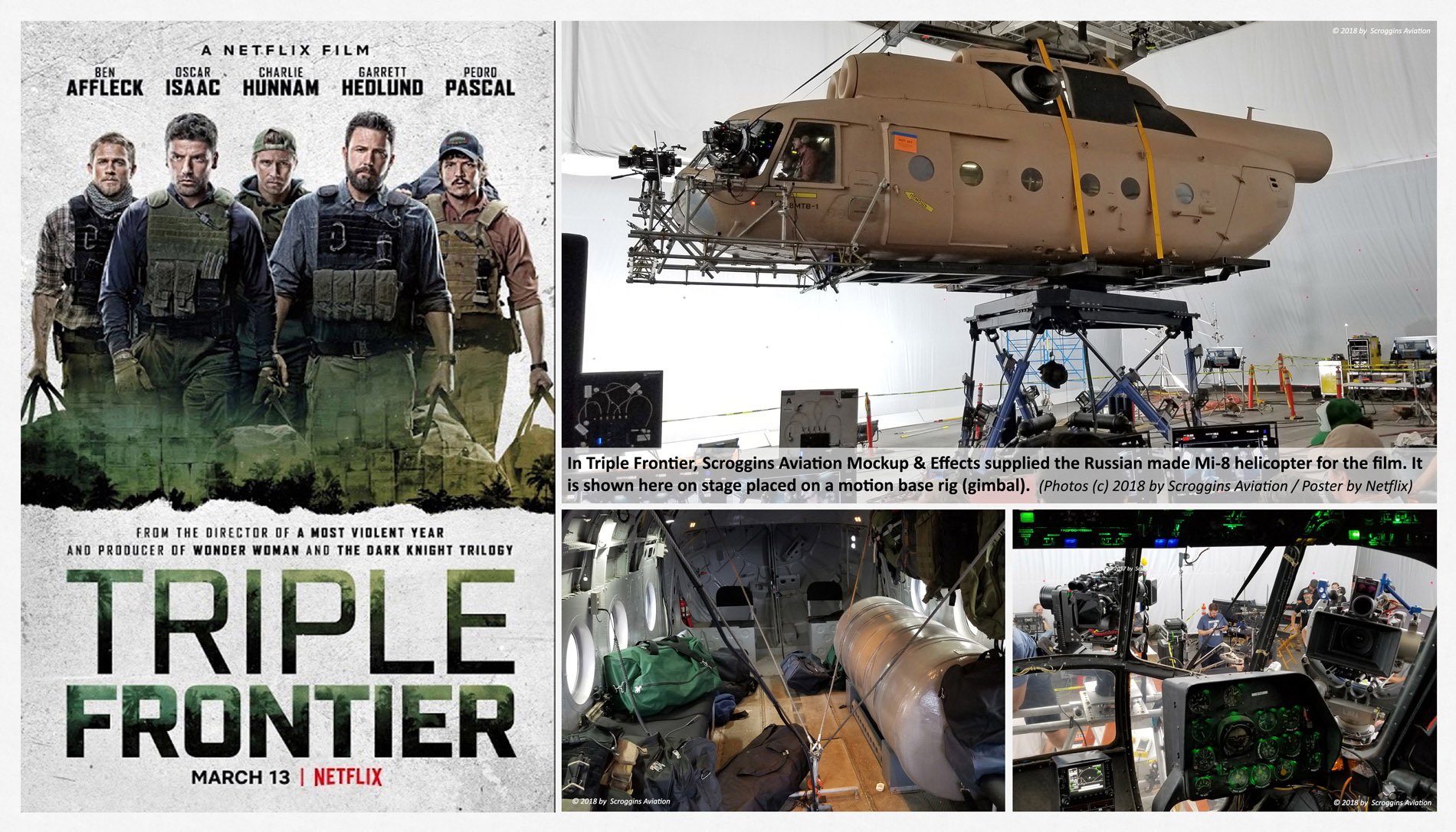