In the film production Bad Boys For Life. Scroggins Aviation Mockup & Effects supplied the producers with a As350 Astar helicopter (mockup). During the making of the film, the Astar was suspended by a crane on stage while actor Will Smith was hanging from a stunt rigged ladder for the scene. (Shown below)

The entire team at Scroggins Aviation would like to thank the producers for giving us the opportunity to work on the production. 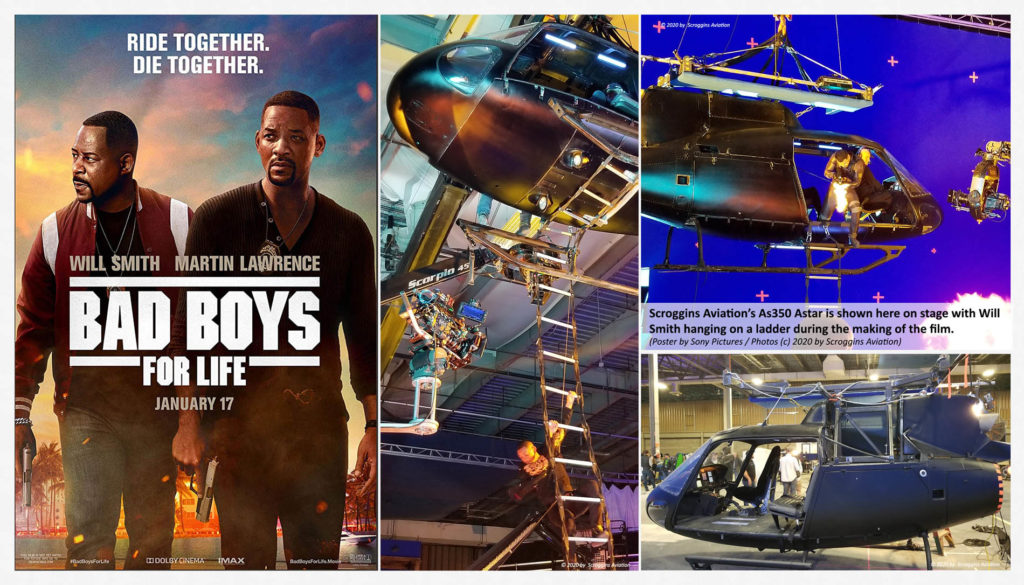