In Deadpool 2, Scroggins Aviation Mockup & Effects supplied the CH-47D Chinook (90-00204) in the film.  It is shown here on a motion base (gimbal) during filming.  The entire Scroggins team would like to thank the producers for having us be a part of their production. 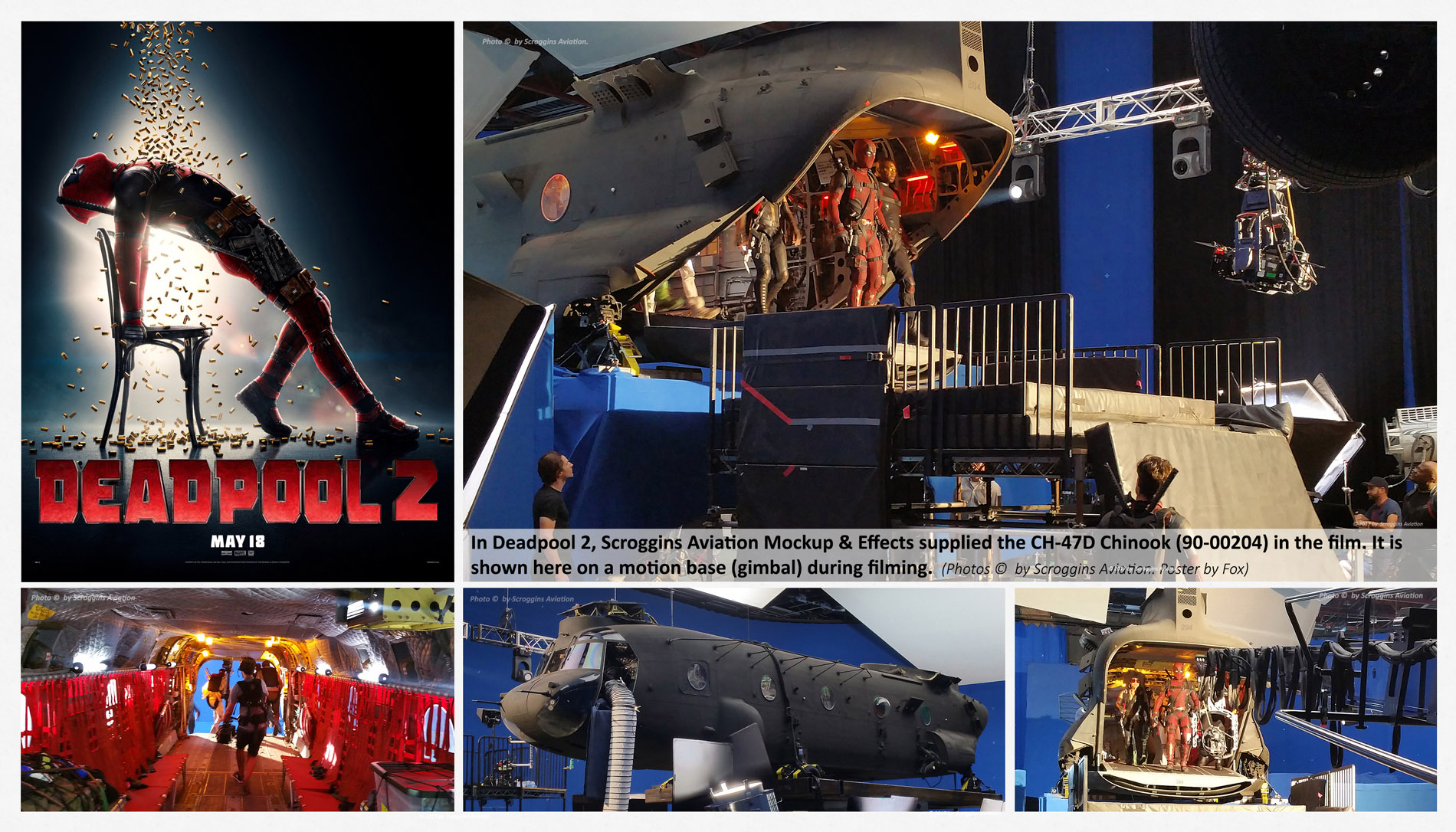