In Yellowstone television series season 1 episode 1, Scroggins Aviation Mockup & Effects supplied the AS350 Astar in the film. It is shown here on a motion base (gimbal) on stage during filming.

(The registration number N450CC is not to this aircraft, it was added by production to match the flyer in the show.) 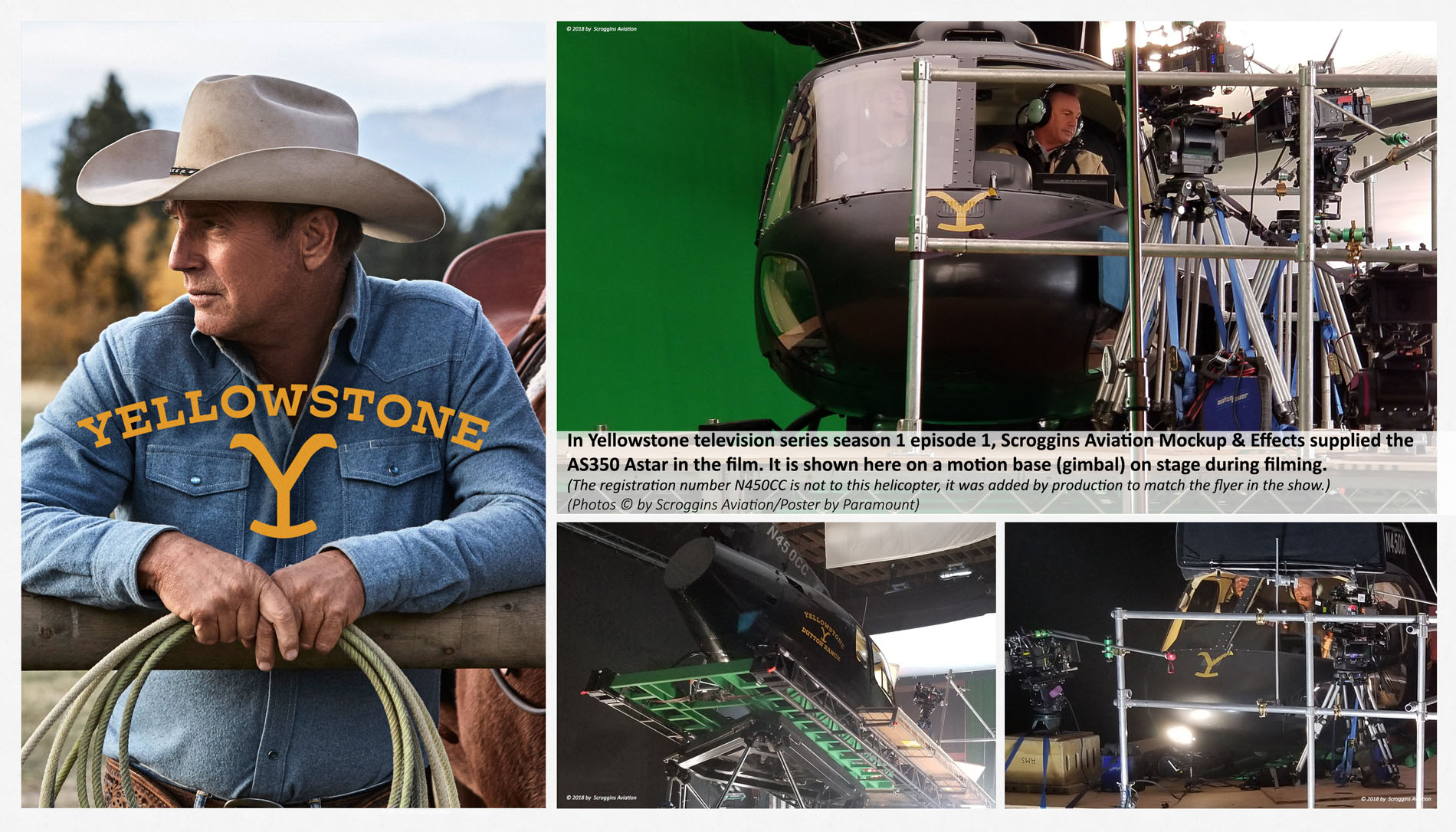