In the Fast & Furious presents Hobbs and Shaw, starring Dwayne Johnson and Jason Statham, Scroggins Aviation supplied a UH-60 Black Hawk helicopter (79-23354) for the film. Scroggins’ Black Hawk was featured with the newer digital cockpit instrument panel shown below. It is also shown here on stage for the making of the production with actor Idris Elba at the controls.

A medium grey paint was added to Scroggins’ UH60 to match the flyer in the film. Note the 354 on the Army green nose, you can see the light grey color that was added.

(Poster © by the CW network / other images © by Scroggins Aviation) 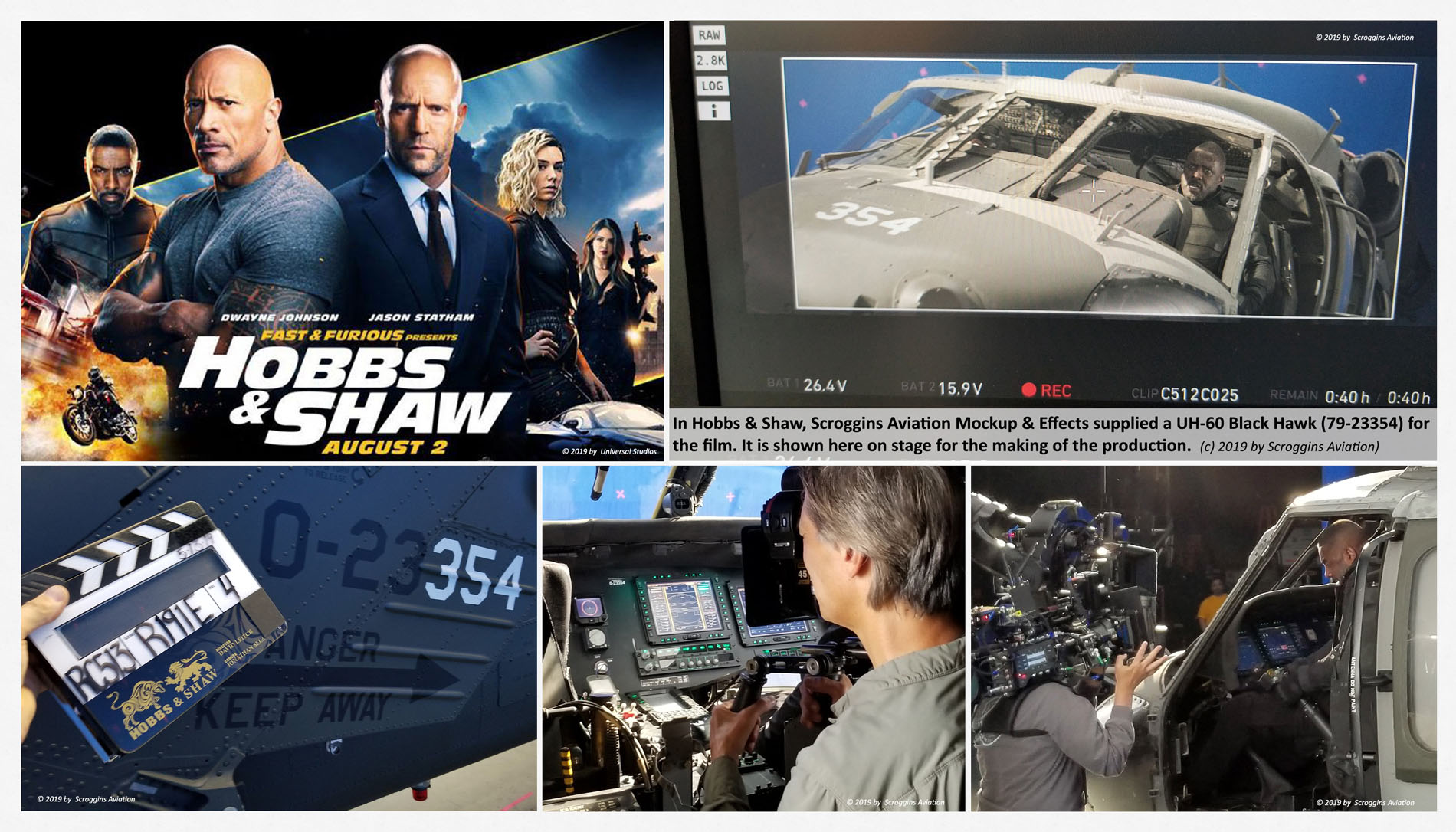