Everyone here at Scroggins Aviation involved with Terminator Genisys would like to say thank you to the producers and everyone we worked with during the production.
We had a great time building and fabricating the Astar AS350, Agusta A109 and airliner / airport related wreckage for the film. We look forward to another run of Terminator.
Here are a few photos of the helicopters we built for the film. 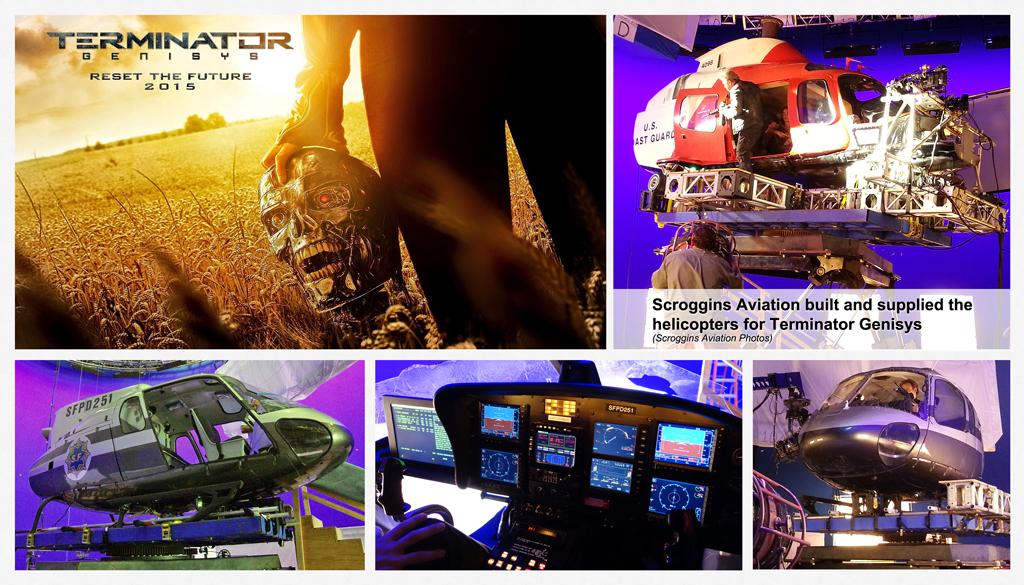