Everyone here at Scroggins Aviation Mockup & Effects would like to thank the producers for giving us an opportunity to work on Sully.

Scroggins Aviation supplied mockups and also provided aviation technical advisory services to Tom Hanks, Aaron Eckhart, Clint Eastwood, Michael Owens and the Producers. Two retired ex-USAir A320 airframes and a cockpit section from a Douglas F-4 Phantom II were used in the making of the film. 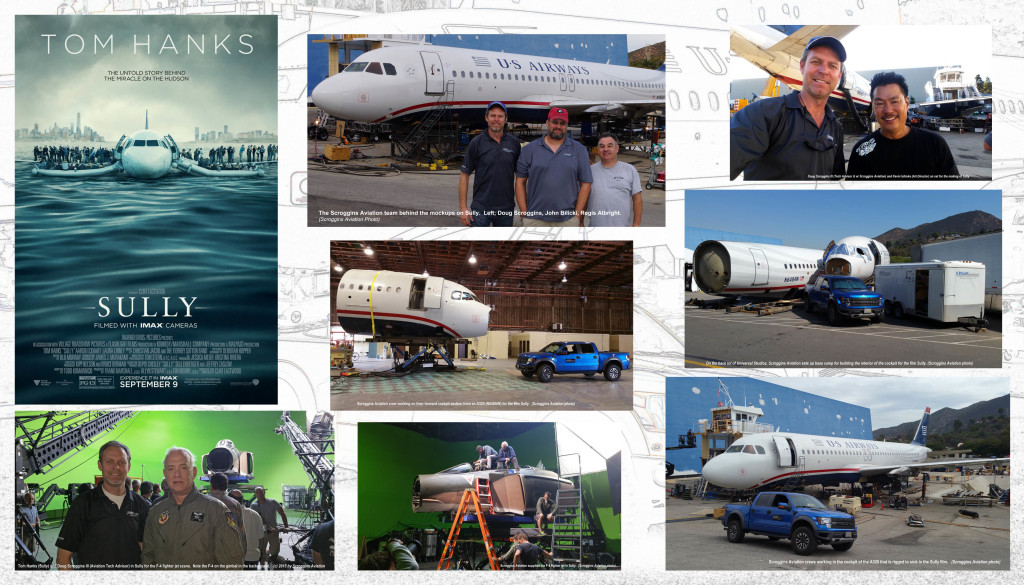