Scroggins Aviation’s UH-1H (66-16287) Huey Helicopter was featured in Season 2 EP-1 of Code Black on CBS. Our crew here at Scroggins Aviation Mockup & Effects would like to thank the producers for giving us an opportunity to build them a MedEvac chopper for their series. The filming of the episode took place near Point Mugu Naval Air Station California. “Code Black: Second Year” premiered on September 28, 2016. 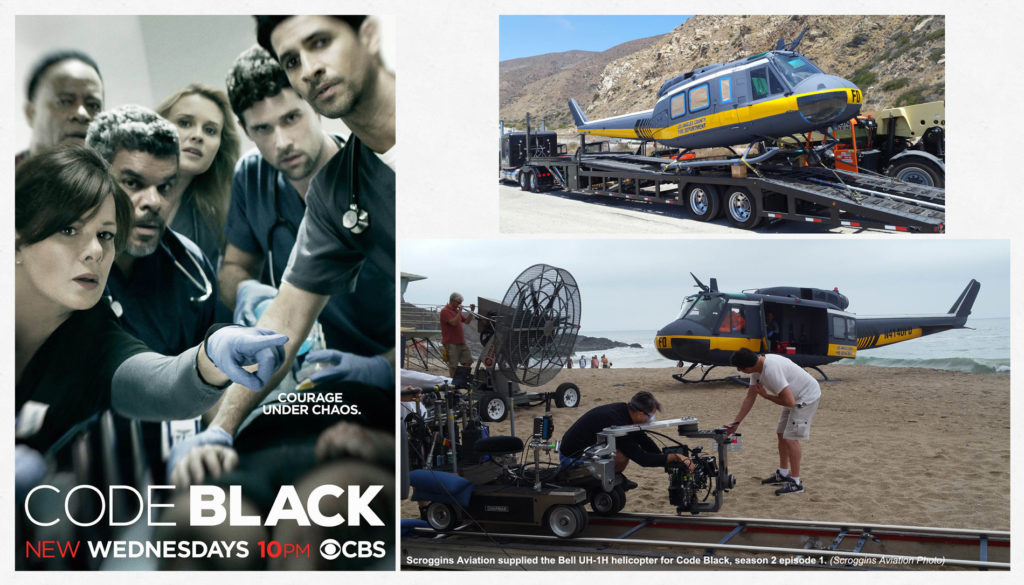