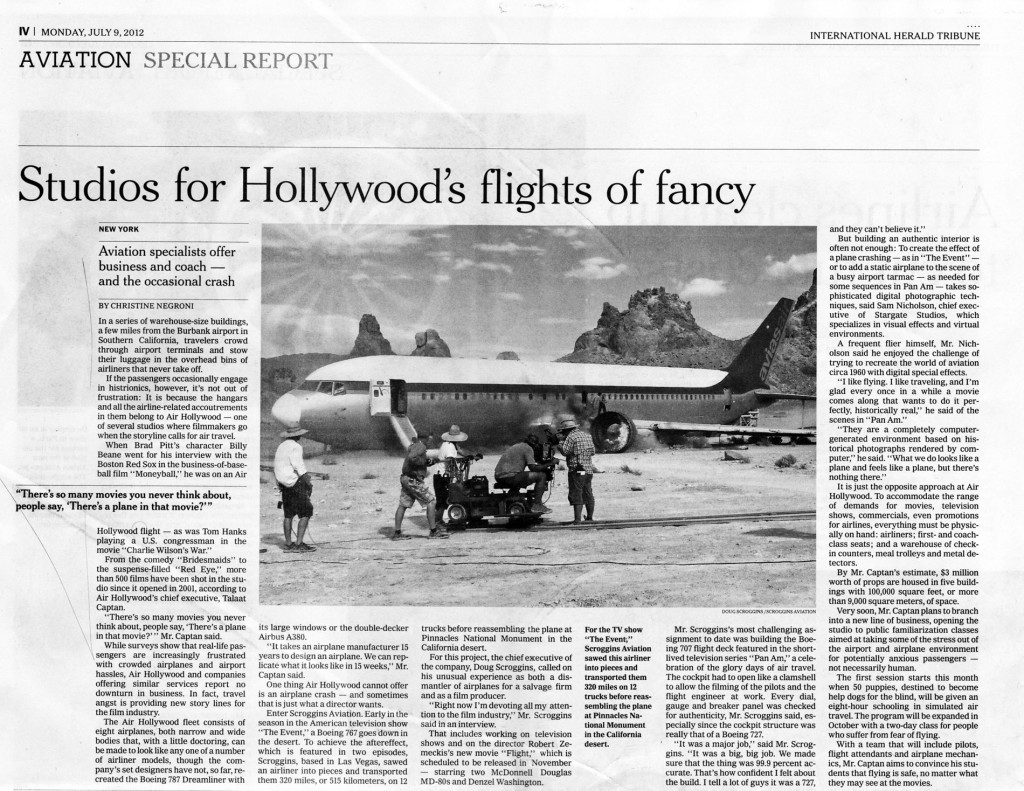 In Hollywood, Flights of Fancy By CHRISTINE NEGRONI Published: July 8, 2012     Enter Scroggins Aviation. Early in the season in the American television show “THE EVENT,” a Boeing 767 goes down in the desert. To achieve the aftereffect, which is featured in two episodes, Scroggins, based in Las Vegas, sawed an airliner into … Continued