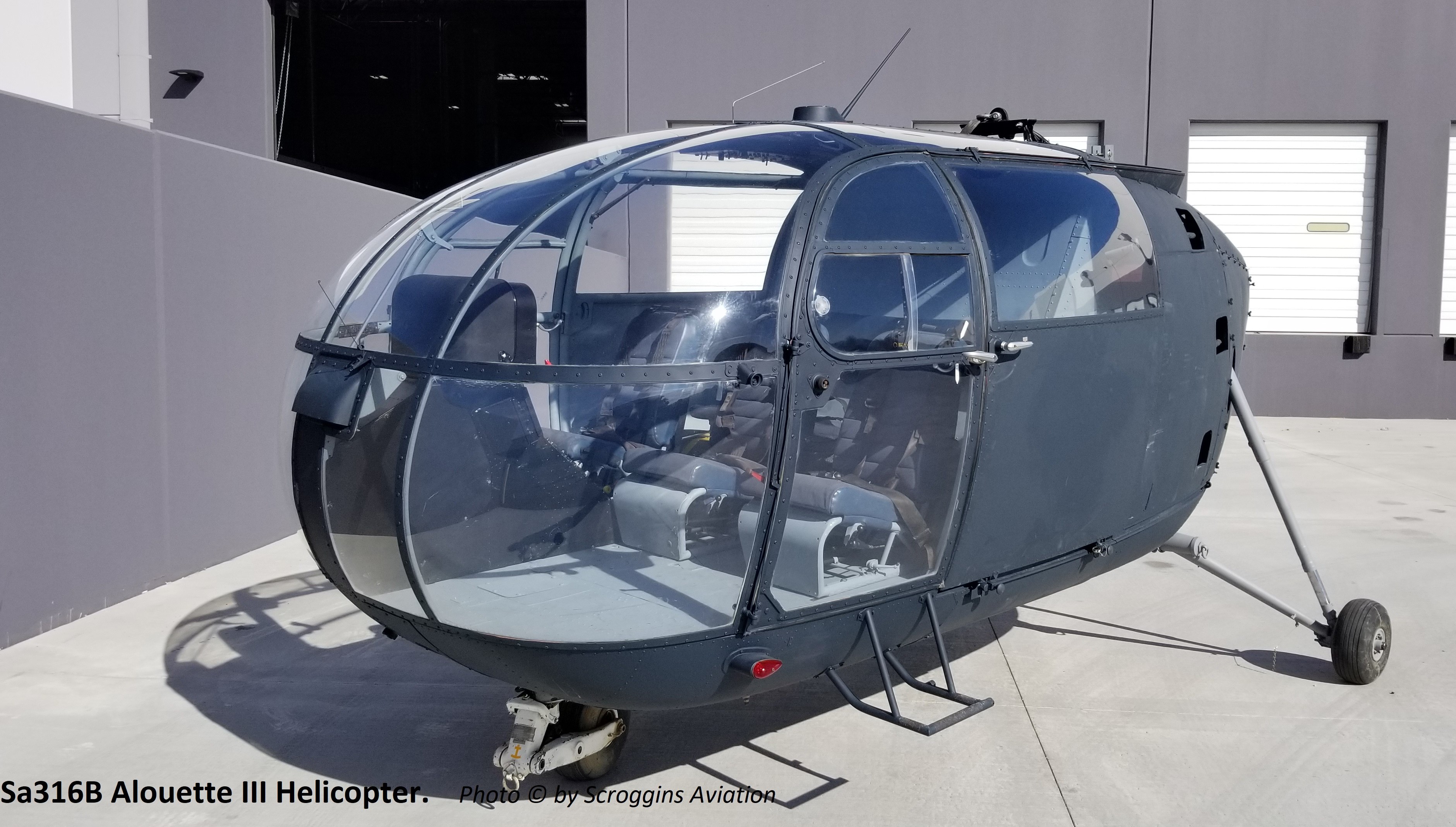 Scroggins Aviation adds a Sa316 Alouette III to its growing fleet of helicopters to the film and television industry. It is shown here offered for an upcoming production less the tail boom, rotor mast and engine attached.  Those items are available upon requets.