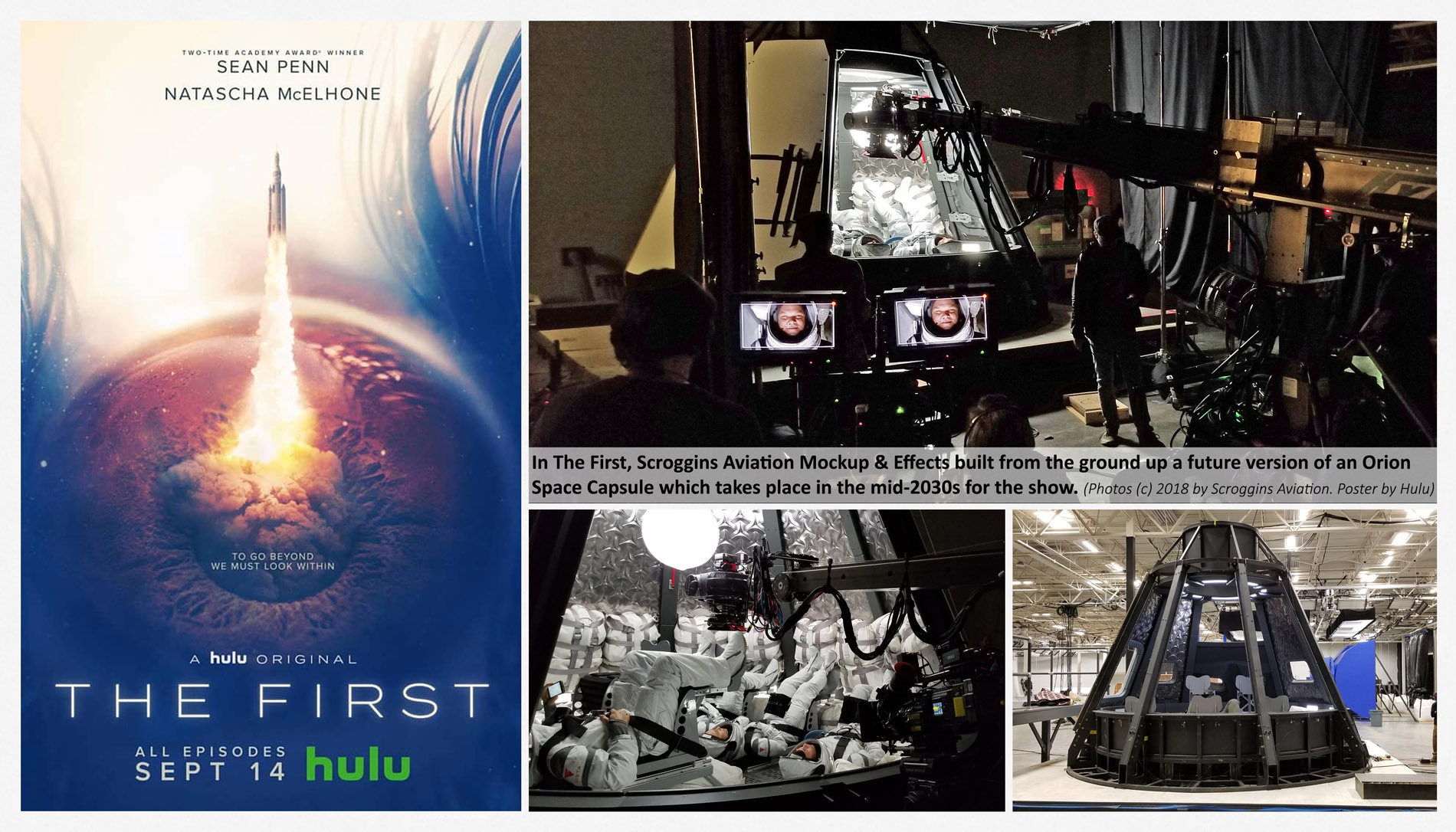 In the fictional series The First on Hulu, Scroggins Aviation Mockup & Effects built from the ground up a future version of an Orion Space Capsule for the producers. The capsule was engineered by the Scroggins team to make it motion base capable, horizonal and vertical positioning during filming. The entire Scroggins team would like … Continued 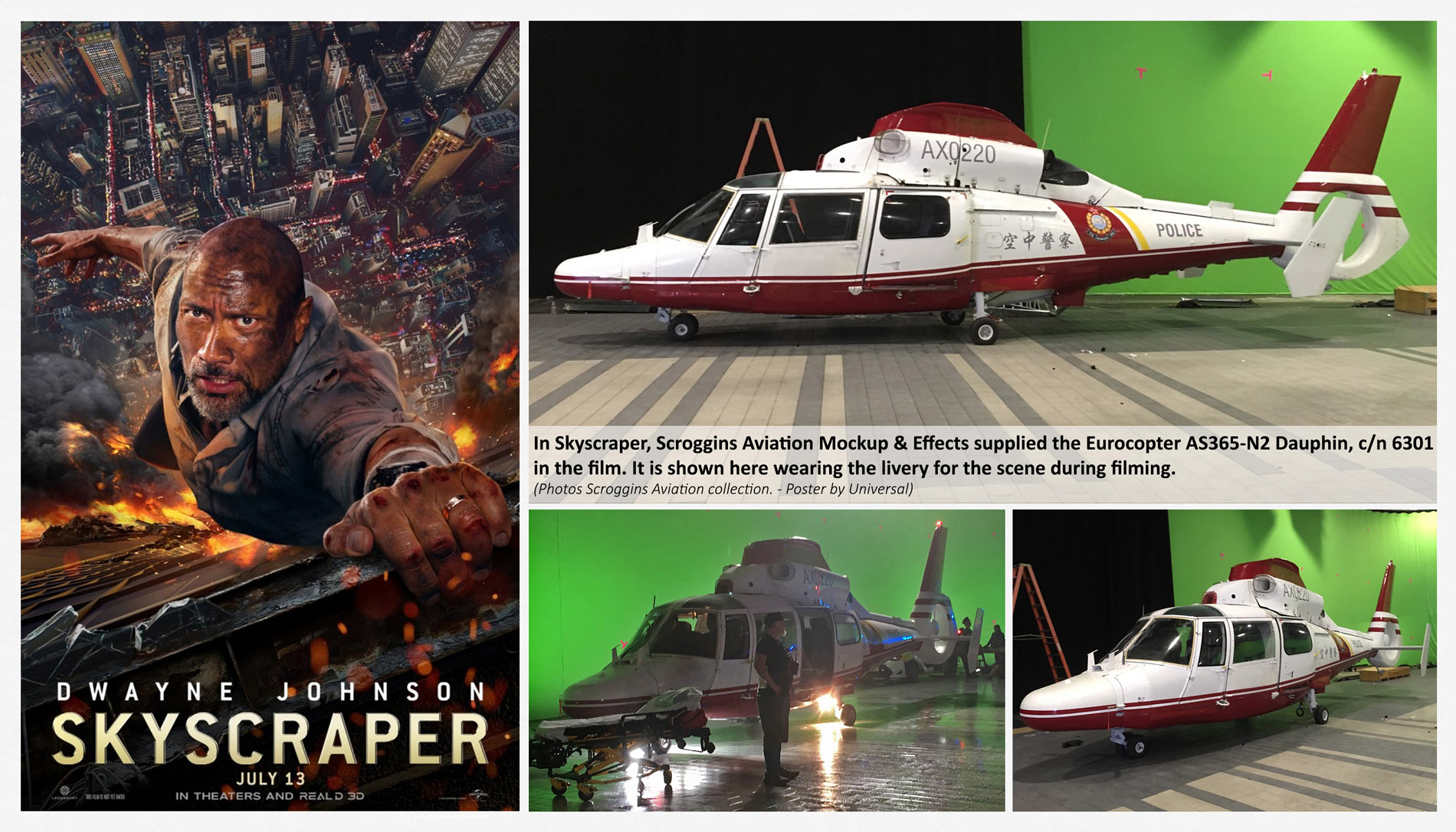 In Skyscraper, Scroggins Aviation Mockup & Effects supplied the Eurocopter AS365-N2 Dauphin, c/n 6301 in the film. It is shown here wearing the livery for the scene during filming. The entire Scroggins team would like to thank the producers for having us be a part of their production. Skyscraper was released on July 13, 2018.