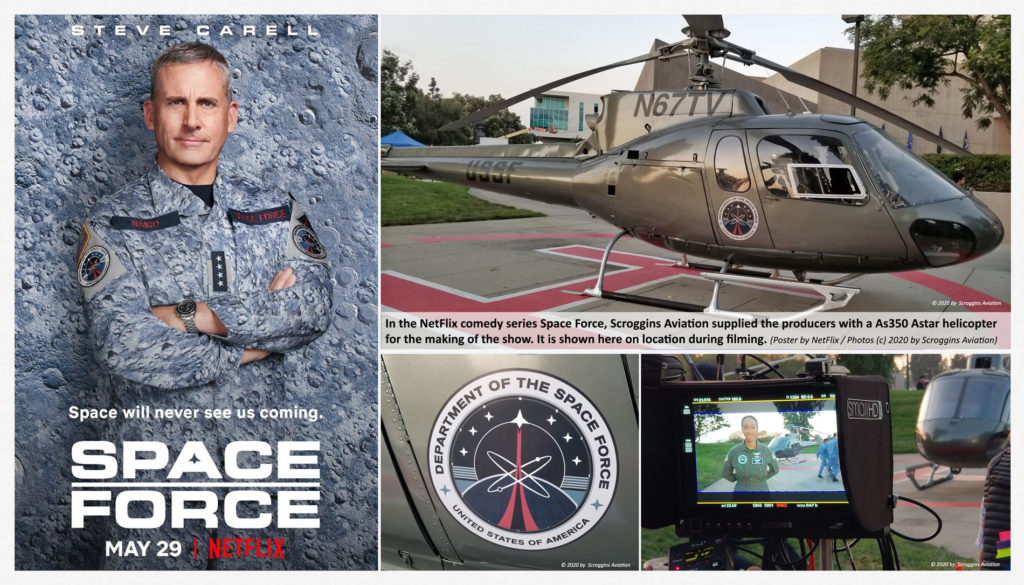 In the Netflix comedy series Space Force. Scroggins Aviation Mockup & Effects supplied the producers with a As350 Astar helicopter for the making of the show. The Astar (As350) is shown here on location during filming. (The registration number N67TV is not to this aircraft, it was added by production to match the flyer in … Continued