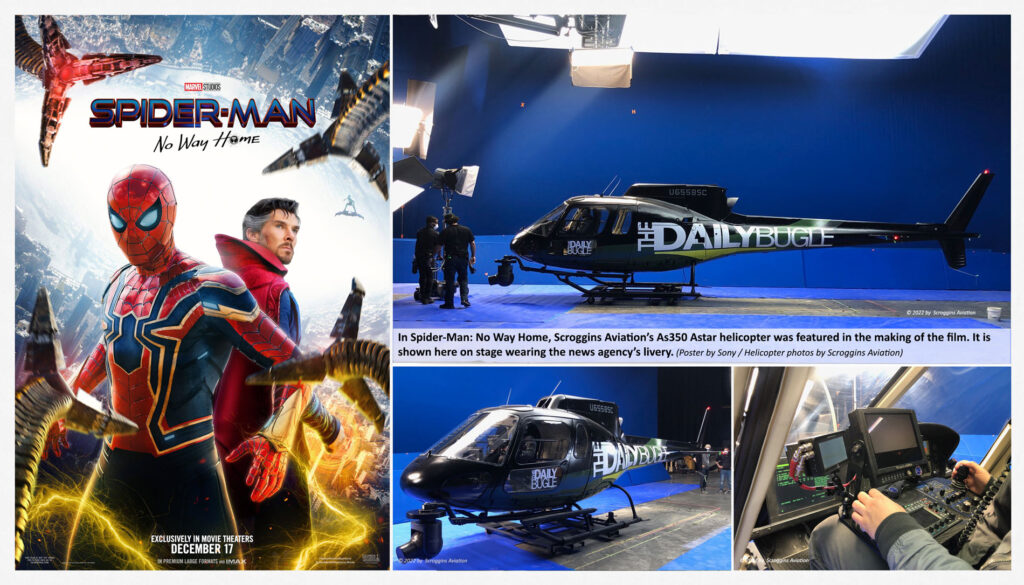 In Spider-Man: No Way Home, Scroggins Aviation’s As350 Astar helicopter was featured in the making of the film. It is shown here on stage wearing the news agency’s livery. The entire team at Scroggins would like to thank the producers for giving us the opportunity to work on the film. (Poster by Sony/Marvel / Helicopter … Continued