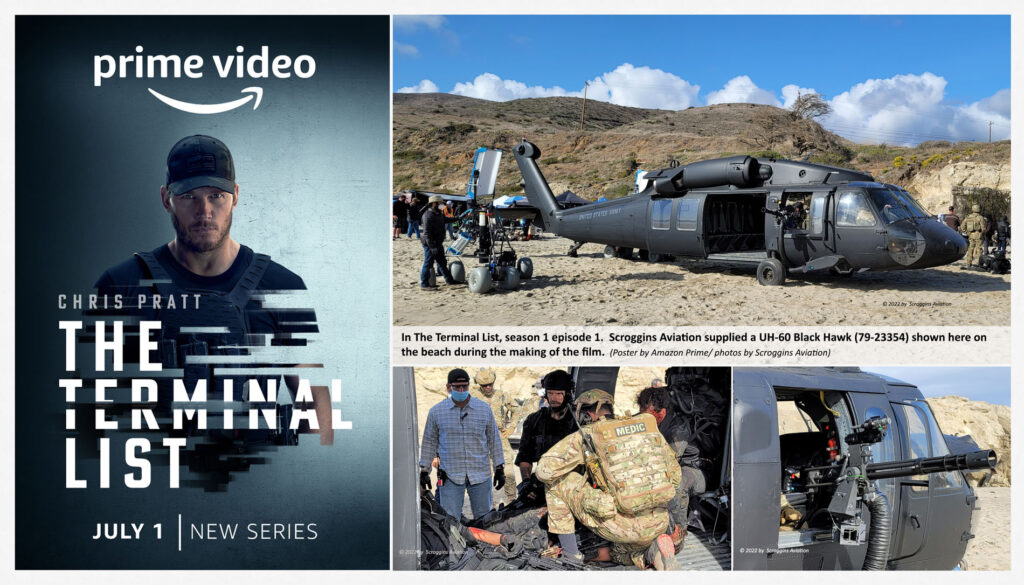 In The Terminal List, season 1 episode 1.  Scroggins Aviation supplied a UH-60 Black Hawk (79-23354) shown here on the beach during the making of the film. Actor Chris Pratt and the other cast members can be seen in the cabin of the UH-60, with the director giving them direction for the scene. Look for … Continued