Cinefex – the journal to cinematic illustrations October 2017, issue 155, featured four films including DUNKIRK. Deliverance by Joe Fordham Editor Joe Fordham explains how the cinematic scenes were done to create the film DUNKIRK. It goes into how the different companies built the sets and aircraft mockups for the in camera special effects work and … Continued 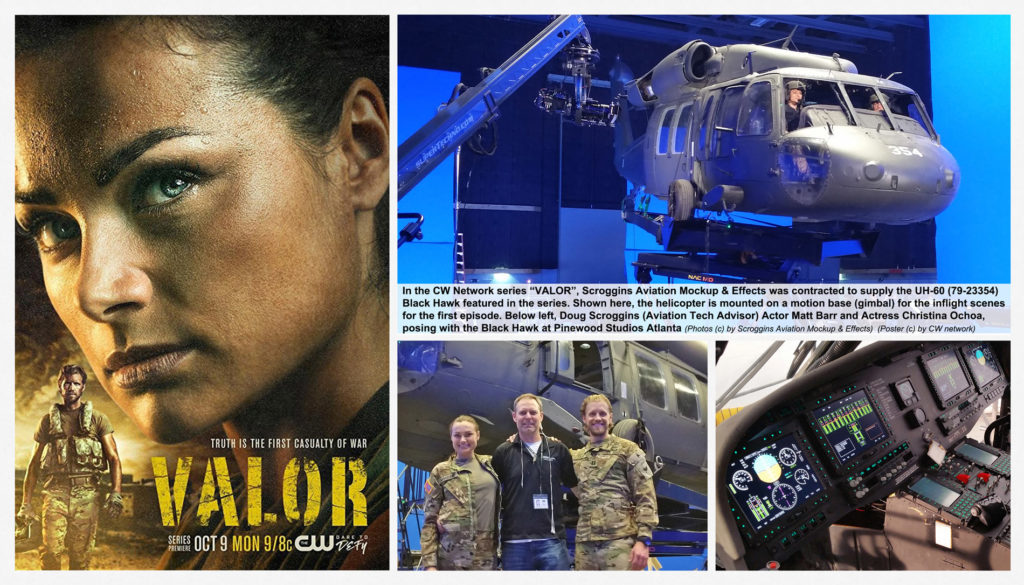 In the CW network series “VALOR”, Scroggins Aviation Mockup & Effects was contracted to supply the UH-60 (79-23354) Black Hawk featured in the series. Shown here, the helicopter is mounted on a motion base (gimbal) for the inflight scenes for the first episode. VALOR premiered on The CW on October 9, 2017