Cinefex – the journal to cinematic illustrations July 2015, issue 142, featured four films including Jurassic World. Indominus – by Jody Duncan Editor Jody Duncan explains how the cinematic scenes were done to create the film Jurassic World. It goes into how the different companies built the animals to the digital work behind the visual … Continued 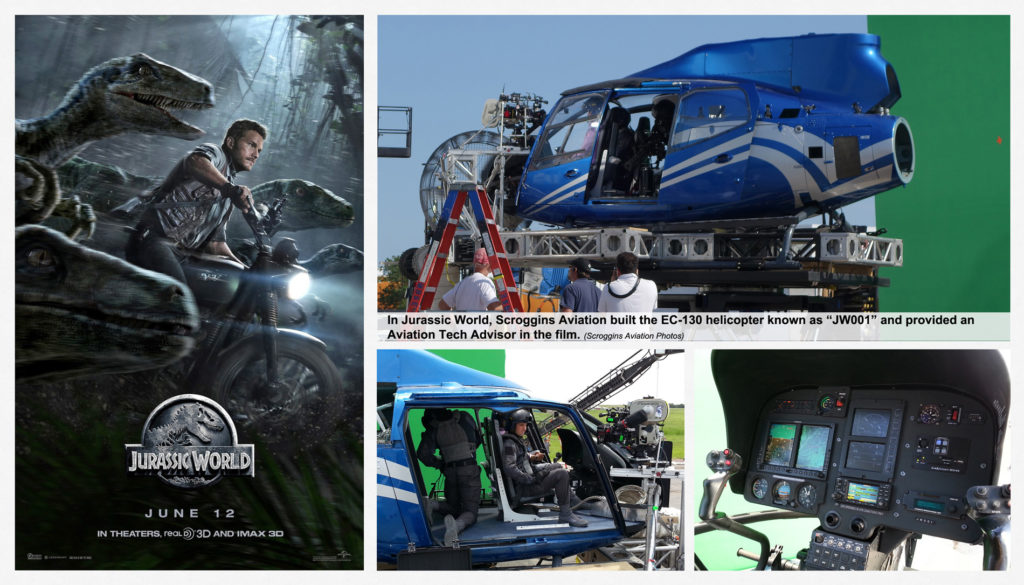 Our amazing crew at Scroggins Aviation would like to thank the producers for giving us this great opportunity to build them the Blue EC-130 helicopter known as JW001 in the feature film Jurassic World. The film was released on June 12, 2015. More about how Scroggins built the helicopter can be seen at Vertical Magazine