In the new reboot of Jacob’s Ladder, Scroggins Aviation Mockup & Effects supplied a UH-60A Black Hawk (79-23354) helicopter for the film. It is shown here on location in Atlanta, GA for the making of the production. Jacob’s Ladder was released on August 23, 2019. To watch the movie visit Apple TV or Amazon Prime Video.

Work is being done to Scroggins Aviation’s CH47D Chinook (90-00204) for a new upcoming movie. It is shown here having some work done throughout the airframe including upgrades with a newer F model series digital display cockpit panel.

Scroggins Aviation has a selection of real aircraft cockpit bucks available to the film and television industry. We have several commercial and military aircraft nose sections: Airbus 320, Boeing B727, B737, B747, B757, B767 and the military C-17 Globemaster III, just to name a few. We also have the newer model CH-47F Chinook helicopter cockpit … Continued 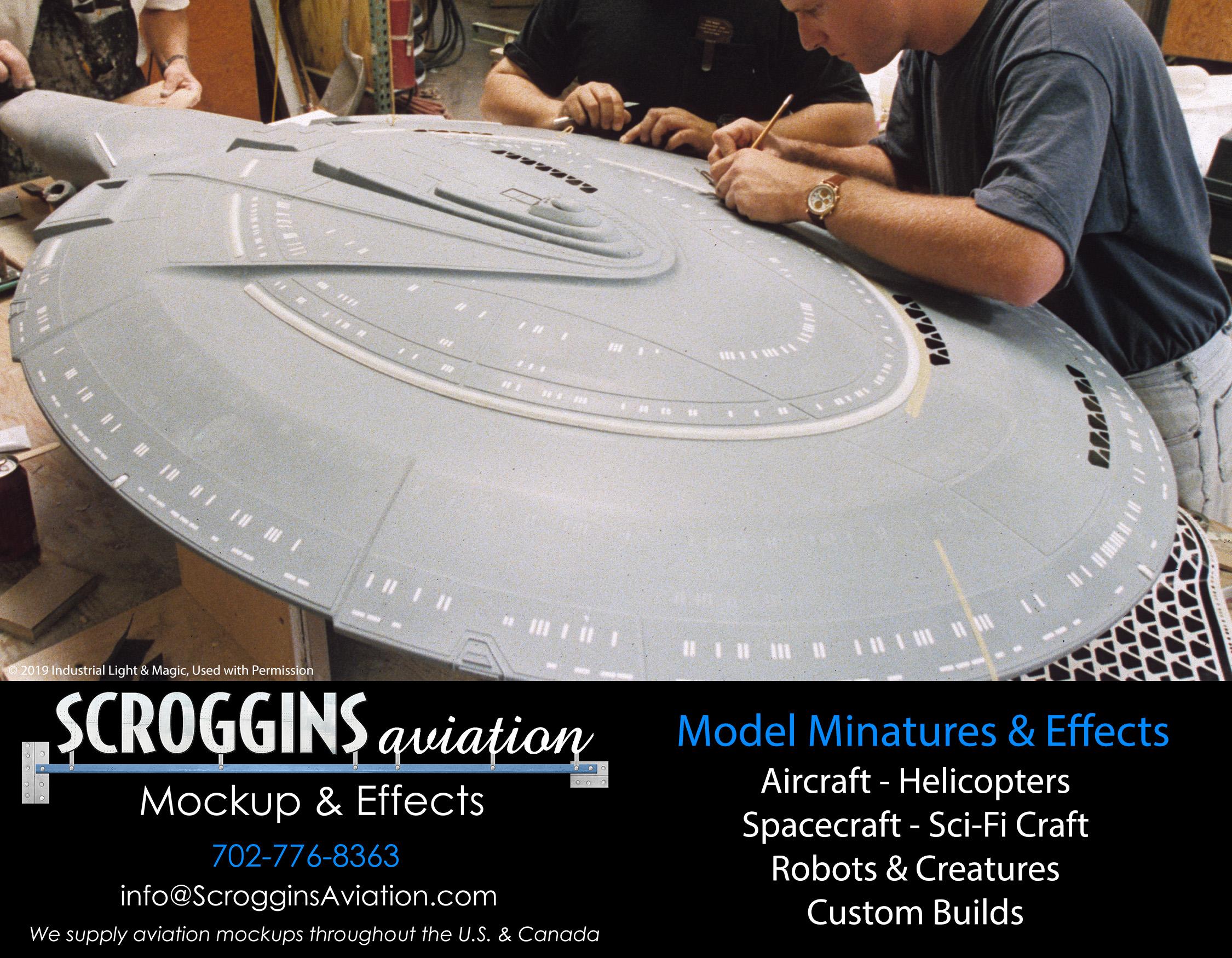 Scroggins Aviation offers camera-ready miniatures for use with motion control or in-camera effects of all sizes, from aerospace, automobiles, and building structures, to robots and creatures.  Model Effects Supervisor, John Goodson, a former model maker and computer visual effects artist for ILM, leads our team of model makers and fabricators who will draw upon their … Continued