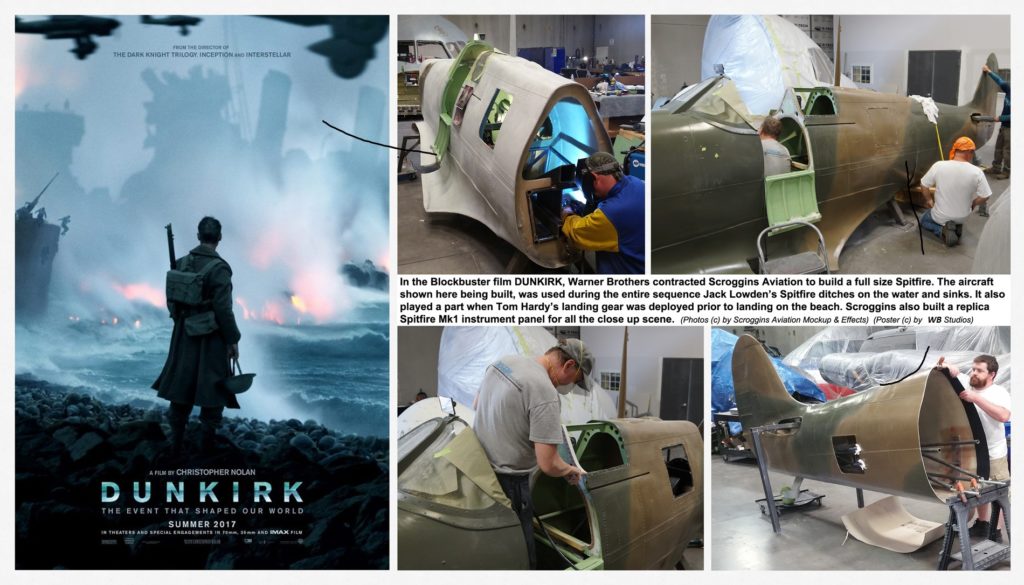 In the Blockbuster film DUNKIRK, Warner Brothers contracted Scroggins Aviation to build a full size Spitfire. The aircraft shown here being built, was used during the entire sequence Jack Lowden’s Spitfire ditches on the water and sinks. It also played a part when Tom Hardy’s landing gear was deployed prior to landing on the beach. … Continued 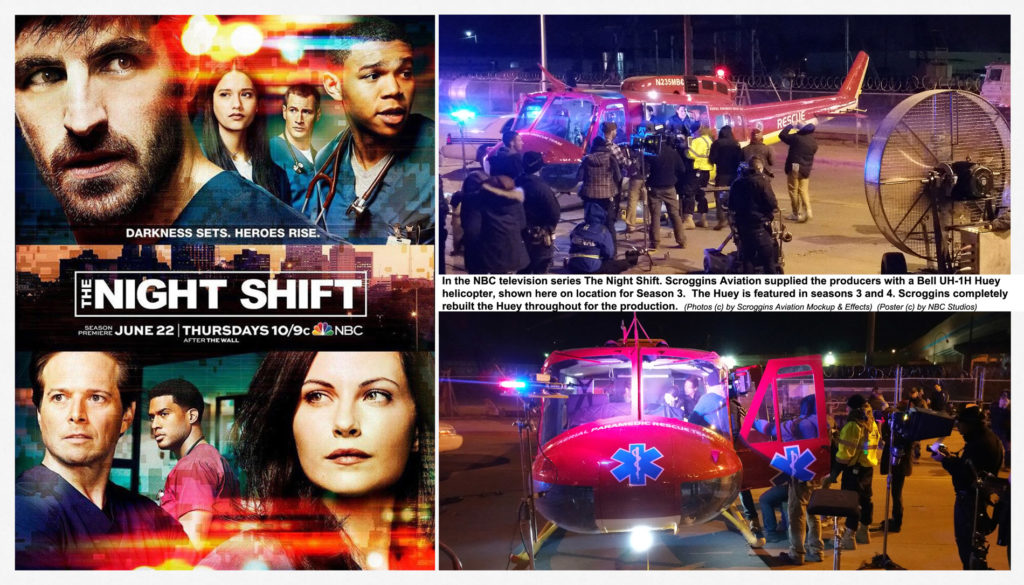 In the NBC television series The Night Shift.  Scroggins Aviaton’s Bell UH-1H Huey (66-16287) helicopter comes back for a 2nd season run.  Scroggins rebuilt the Huey from the ground up for season 3 and 4.  Below are two images showing it on location for season 3. The Night Shift premiered on NBC June 22, 2017. … Continued 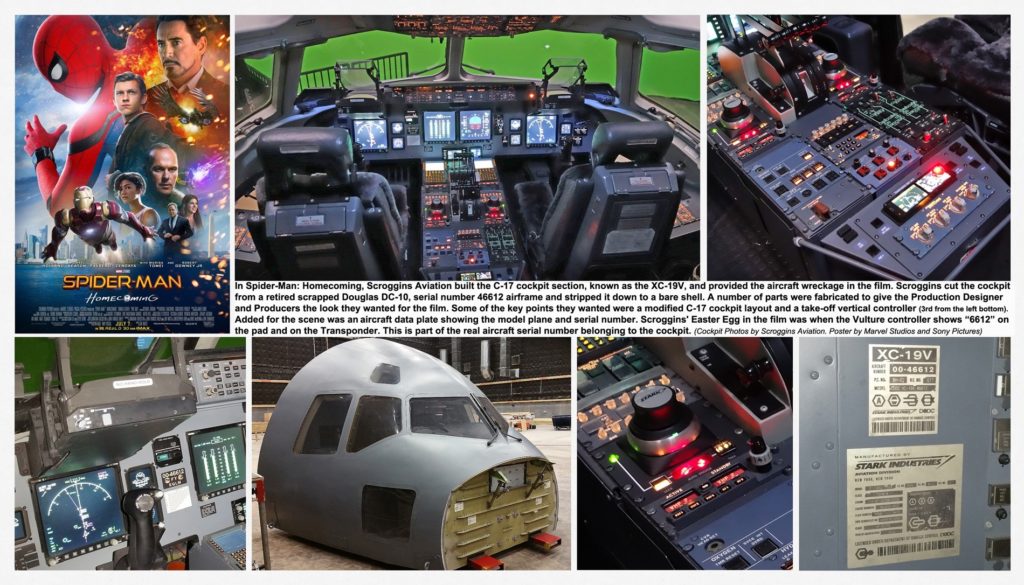 Everyone here at Scroggins Aviation would like to thank the producers for giving us the opportunity to work on Spider-Man: Homecoming. Scroggins Aviation built Marvel Studios/Sony Pictures the modified C-17 Globemaster III cockpit and supplied the aircraft wreckage in the film.   Our company also provided an Aviation Technical Advisor for the film. Scroggins cut the … Continued