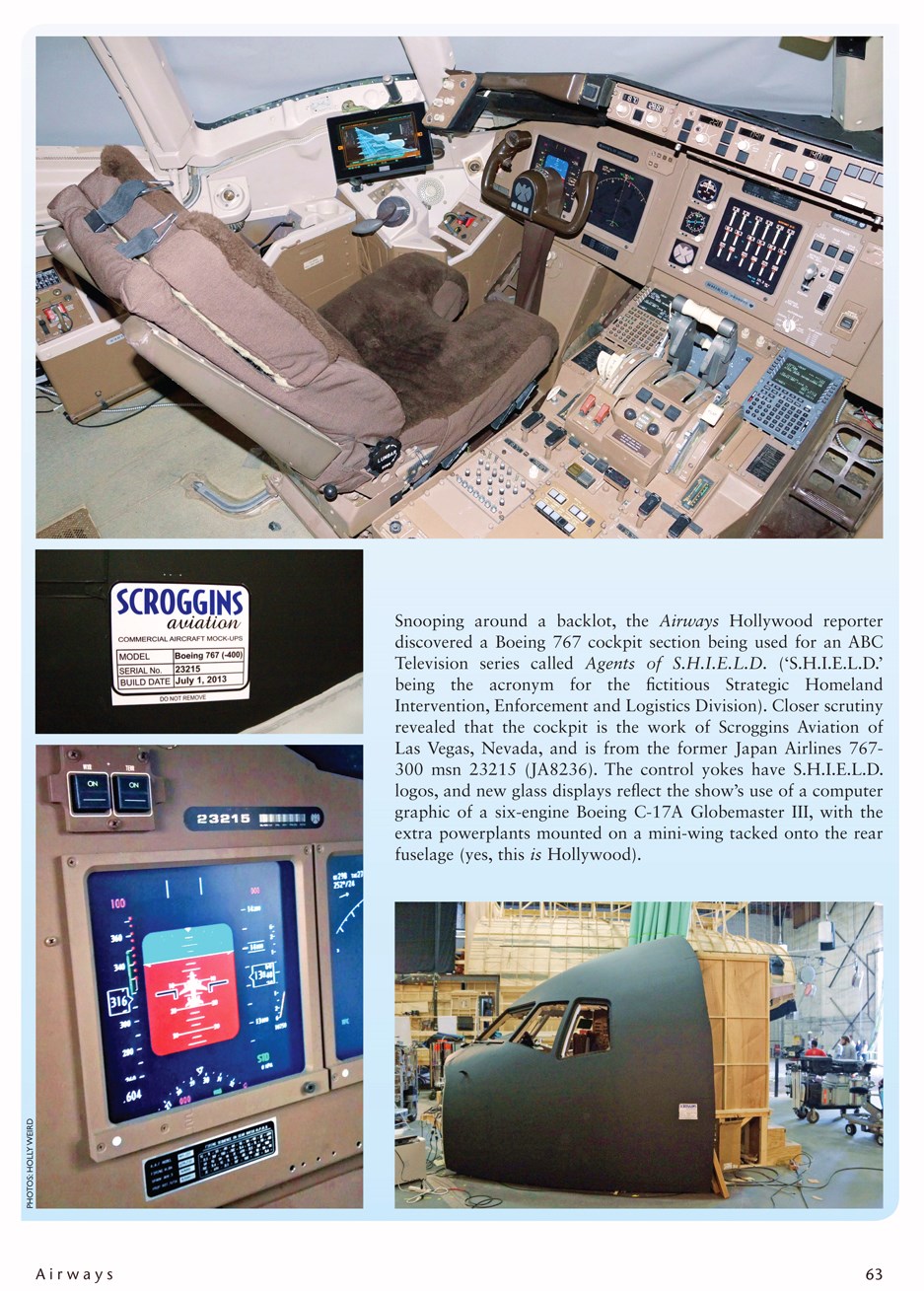 By Airways Snooping around a backlot, the Airways Hollywood reporter discovered a Boeing 767 cockpit section being used for an ABC Television series called Agents of S.H.I.E.L.D. (‘S.H.I.E.L.D’ being the acronym for the fictitious Strategic Homeland Intervention, Enforcement and Logistics Division). Closer scrutiny revealed that the cockpit is the work of Scroggins Aviation of Las … Continued